A new landmark of Osaka Minami is born, with harmony of tradition and innovation

Osaka Shin Kabukiza Theatre has long been loved by people in Osaka since its opening in 1958. In December 2019, “Royal Classic Osaka” was born as a beautiful landmark inheriting the tradition by Kengo Kuma, a global architect. This hotel became the first hotel that Royal Classic Co., Ltd. (parent company: Belco Co., Ltd.) worked as a new hotel brand. In this place where the history and tradition of Osaka were nurtured, we would like to contribute to the development of Osaka, an international tourist city where inbound tourism is progressing while improving the value of the city in close contact with the community. 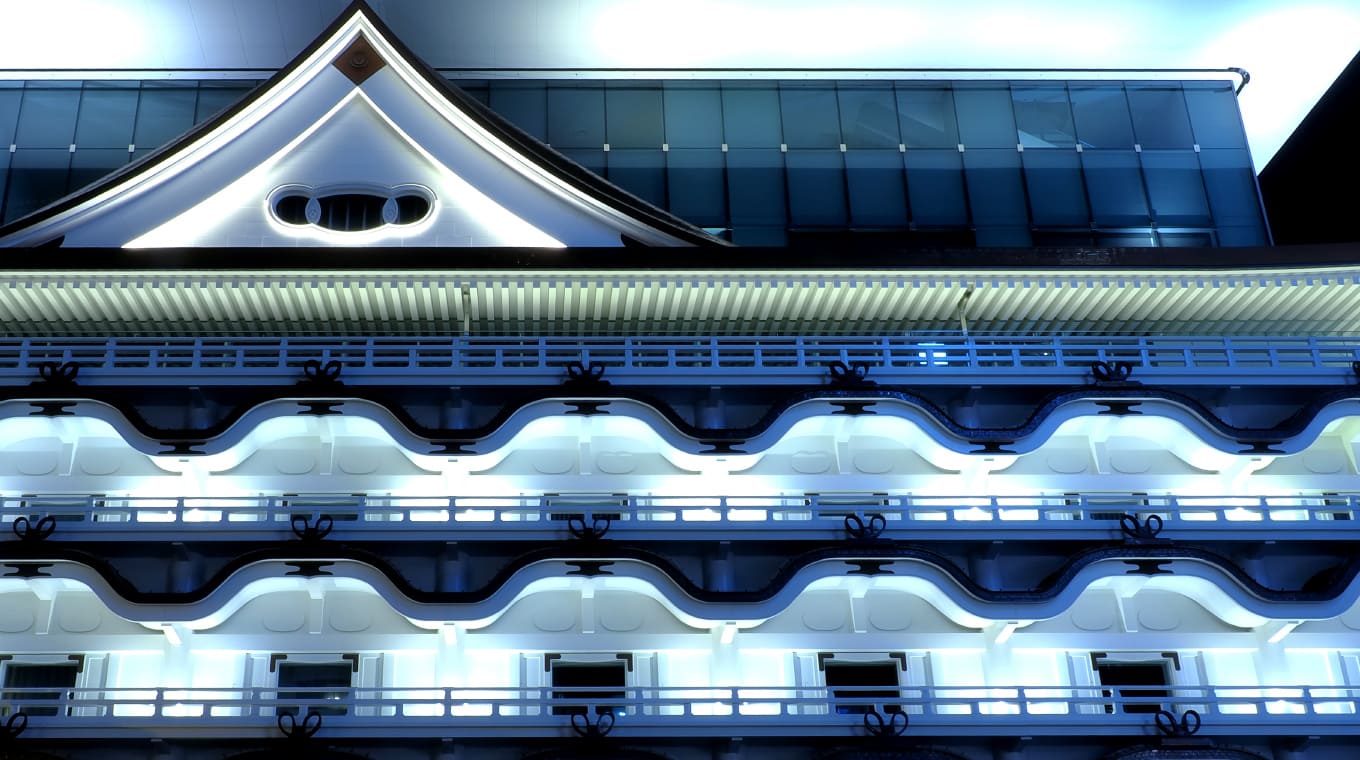 HOTEL ROYAL CLASSIC OSAKA aims to be a hotel responsible for the creation
and transmission of town culture in a new era of Namba,
a city that has been pioneering
Japanese town culture since olden days. 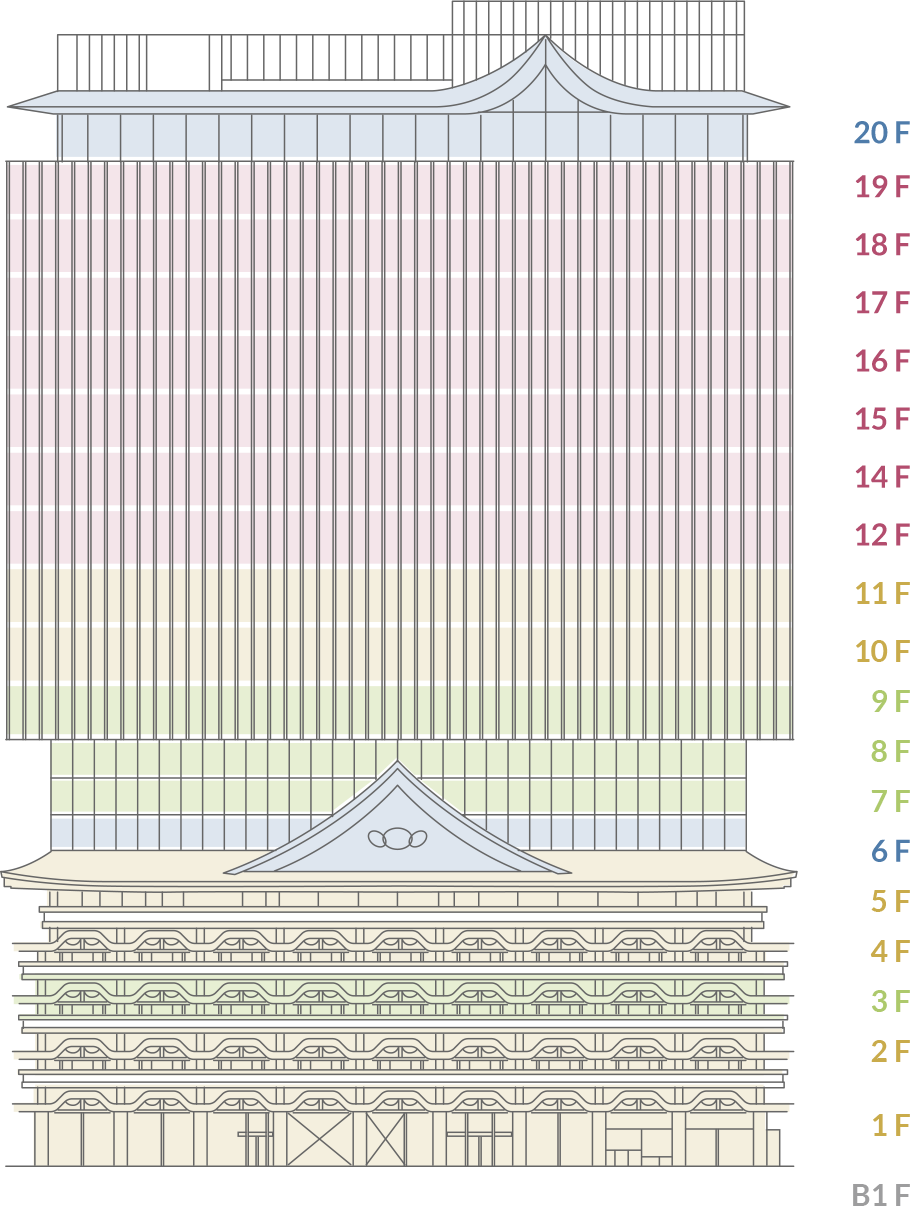 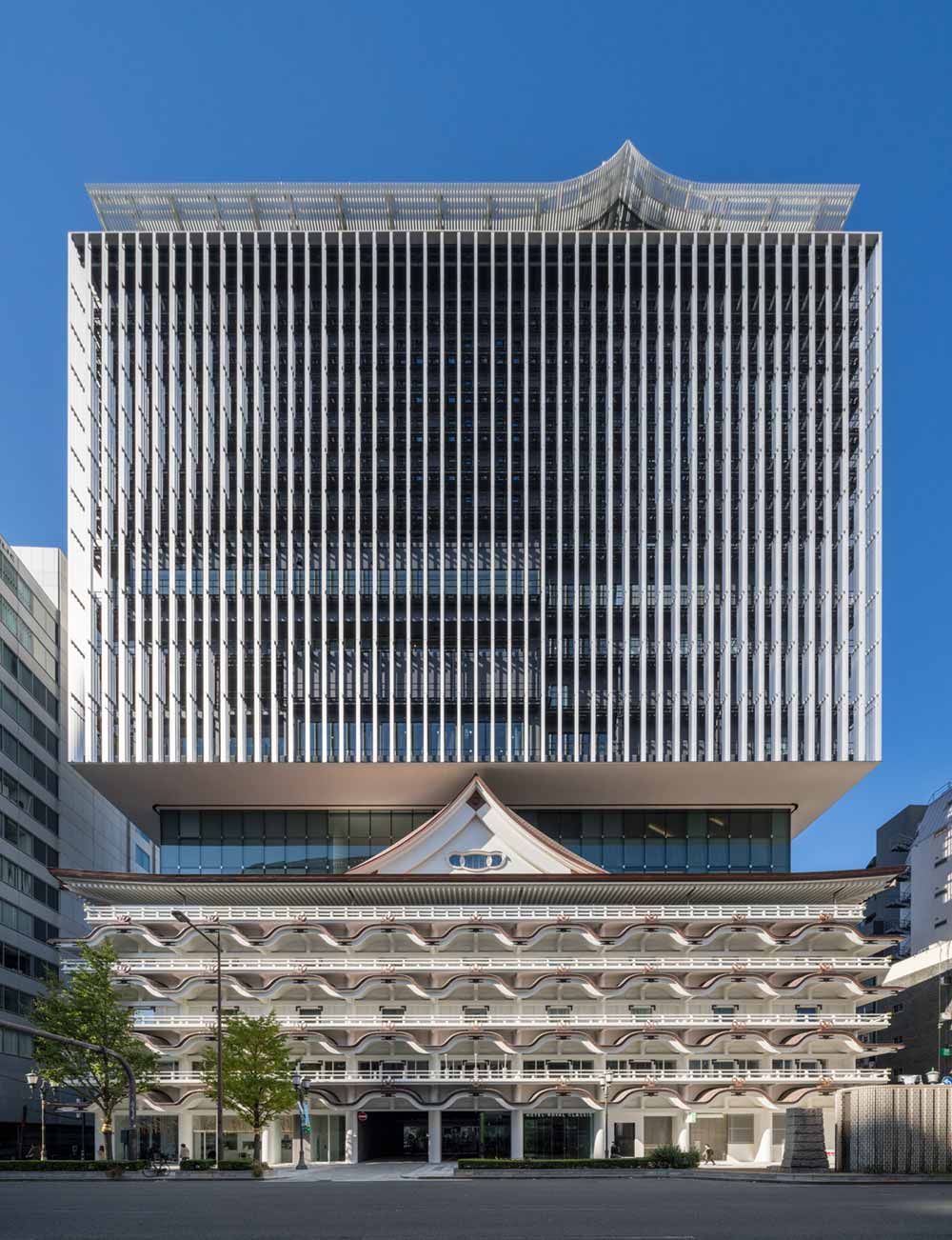 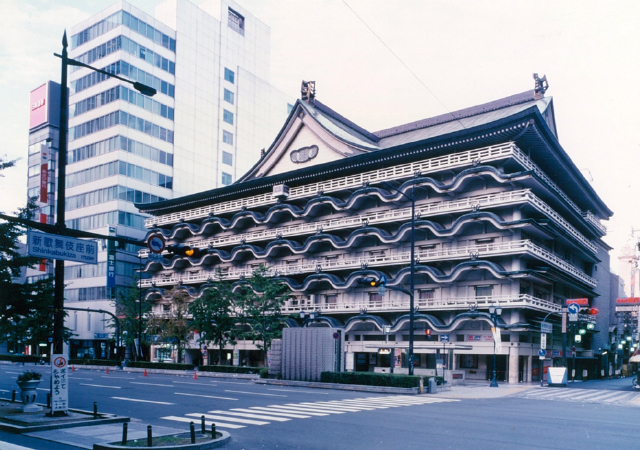 We aimed to become a new Minami landmark that attracts many people from home and abroad, and to become a building that contributes to the development of the international tourist destination that is Osaka.It is the masterpiece of the architect, Togo Murano, and it has inherited the design of Shin Kabukiza Theatre which has long been the “face” of Minami Osaka.We designed the upper stories of the building with a sense of depth and delicate expression, with the plan to become a building that strikes a good balance of new and old. 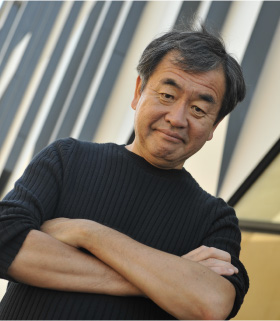 Kengo Kuma was born in 1954. Established Kengo Kuma & Associates in 1990.
He is currently a University of Tokyo Professor of Architecture.
Having been inspired by Kenzo Tange’s Yoyogi National Gymnasium, built for the 1964 Tokyo Olympics, Kengo Kuma decided to pursue architecture at a young age.He entered the Architecture program at the University of Tokyo, where he studied under Hiroshi Hara and Yoshichika Uchida. During his Graduate studies, he made a research trip across the Sahara, exploring various villages and settlements, observing a unique power and beauty. After his time as a Visiting Scholar at Columbia University in New York, he established Kengo Kuma and Associates in Tokyo in 1990.He has designed architectural works in over twenty countries and received prestigious awards, including the Architectural Institute of Japan Award, the Spirit of Nature Wood Architecture Award (Finland), and the International Stone Architecture Award (Italy), among others. Kengo Kuma & Associates aims to design architecture which naturally merges with its cultural and environmental surroundings, proposing gentle, human scaled buildings.The office is constantly in search of new materials to replace concrete and steel, and seeks a new approach for architecture in a post-industrial society.